Hydrogen is the most common element, making up the 75% of the entire mass of the universe.
However, on Earth is rarely in a natural free state, being usually bonded to other elements. For
example, when combined with oxygen, it forms water (H2O). On its own, hydrogen is not a fuel
or a source of energy, but an energy vector. It stores energy obtained elsewhere. To obtain
electricity from hydrogen, Fuel Cells (FC) are used by mixing this hydrogen with oxygen. It is
thus a clean reaction in which only by-products are water, heat and electricity. 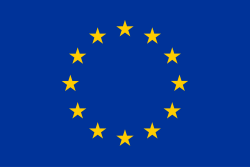